2020 HITMC Submission – Agency of the Year – Health IT

2020 HITMC Submission: Health IT Agency of the Year

Anderson Interactive's undisputed growth in reputation, depth of service and customer base has positioned the agency as an industry leader. 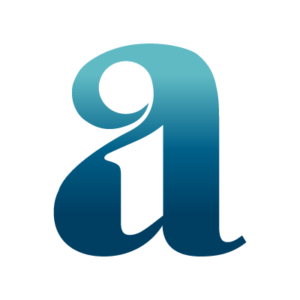 Anderson Interactive (AI) has proven itself to be a disruptive force in the healthcare IT PR and marketing industry. From the launch of its new brand, website and radio show, to sector-leading new business wins, prominent speaker and media placements, and record-breaking event management programs – Anderson Interactive has established itself as a strong contender for agency of the year.

Below are just a handful of specific examples of where Anderson Interactive has driven success across the past year.

Every year, Anderson Interactive secures prominent speaking roles for its clients across a wide array of the top industry events. But some years, our efforts stand out like a sore thumb.

In just the first few months of 2020, AI-client MobileSmith Health and its customers will take center stage to speak in front of thousands at some of the largest and most prominent healthcare and consumer events in the world:

Since the agency has taken over in the InstaMed account in 2016, we have led a 188% increase in feature media placements.

Over the years, these branding and reputation-building efforts were undeniably a contributing factor for the company's $500M+ purchase by JPMorgan Chase in 2019.

AI even leveraged its media relations prowess by launching InstaMed's first annual Fireside Chat with the Press at the client's user conference where influential journalists across our field participated in a live panel session.

In promoting HCAA Conferences, Anderson Interactive’s marketing and social media strategies have led to continued and sustained growth for the association – breaking attendee records every single year of the relationship. This includes a 54% total growth for Executive Forum and a 145% total growth for TPA Summit over the past five years.

Anderson Interactive's average client longevity is an amazing 7.5 years – and that includes several brand new clients in 2018 and 2019. And while we love it when our clients stick with us for years, we love it even more when we can grow these accounts by helping them build themselves up.

Kicking off 2020, we've grown the following three account retainers by 30%, 42% and 100% respectively. We've done this by constantly offering unique, status-quo-busting tactics that deliver true ROI so our clients profit as much as we do. 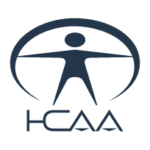 Anderson Interactive is a virtual agency because we've found that the best expertise can't always be found in the same zip code. We've tapped into the greatest tactical minds from across the country to build our team.

And because some on our team may have been around the healthcare block a few more times than others, we like to think of ourselves as "seasoned to perfection." Our team of business-minded thinkers, creative dynamos and natural-born storytellers have an amazing average of 12 years experience in healthcare and health IT.

We've been there and done that.

Finally, Anderson Interactive has taken to the airwaves this year with its own radio show, Overrated & Underused. In this show, Jennifer Jennings, Tom Testa and Adrienne Stoner host monthly episodes on HealthcareNOW Radio, where they discuss the most overrated and underused promotional tactics across public relations, marketing and social media in healthcare – covering topics that benefit both agencies and providers alike.

Since the show's launch, there has been an impressive amount of listeners, which continues to increase week after week.